*Legal Alcoholic Drinks Made in India*

The title must have fetched your interest in our blog because this is a legal, partying drink and is Made in India too, which means everything is working your favor. We don’t promote alcohol in any possible way, but these drinks are to be drank or made only during special occasions or in very special places. So it’s safe because they can’t be delivered to you; rather, you have to travel away to get these drinks which makes it kind of favorable to talk about. So, here we go:

Isn’t it sounds like a children’s drink? Like Noddy, but it is not. Toddy is a traditional wine that 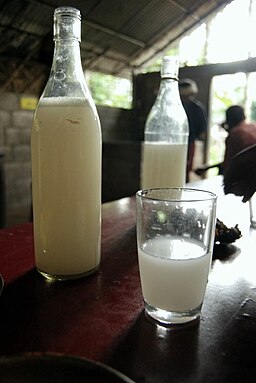 you can find in the states of Kerala, Andhra Pradesh, Madhya Pradesh, Goa, and Maharashtra. But! Why only these states? And before telling you the reason, the most known thing to you should be that it requires a lot of skill to make this wine (absolutely any wine requires that), and this is these states’ people’s favorite. It is made by the fermentation of flowers from the coconut palm (that is the reason). It contains 4% to 6% of alcohol and has a shelf life of only 24 hours. It is also known as Tadi and Kallu.

White juice is extracted from the sap of various species of palm tree such as the palmyra, date palms, and coconut palms. The white liquid, when initially collects, tends to be very sweet and non-alcoholic and best consumed when fresh. It tends to turn sour if not consumed within few hours.

I feel like this name is enjoying by itself…Mahua… sounds interesting. So, Mahua is a wine too, but unlike Toddy, it is prepared from the flowers of the Mahua tree. Fact: in only one state, you can find this drink in India, and that is Chhattisgarh. Why? Because only that place has Mahua trees, simple. The wine is made in the center of the state by the locals. It is cloudy whitish in color, and that is what people like there; it has a distilled version too but not much favorable.

The word has high popularity in the northeastern part of the country. It is a traditionally loved drink by the people of Assam, Chhattisgarh, and Jharkhand. What is it? Everyone’s favorite category is traditional beer, rice beer. The alcohol percentage is zero as the rice starch is fermented to make this beer. It is rich in healthy microbes.

Whenever you go to Goa, this is the drink you will get suggested, get variety, and quality indeed. It is either made from coconut or cashew fruit. The alcohol content in fenny can reach up to 45%, and it could be too strong, so if you are a light – drinker, you can try but not a go-go for it. Moreover, the way to drink it is as a shot, like a vodka or tequila shot, so it might be hard to mind (I never had it, don’t judge.)

These are the four drinks you can try in India, which are completely legal and people’s favorite.

Enjoy, but drink responsibly and only if you are of legal age to drink.