Which is the busiest place in India, according to you? Is it Delhi? Is it Bangalore? Is it Mumbai? The answer is actually Madurai.

Yes, you are surprised, accept it. India is famous for uncountable facts that amaze us every day. One such place is Madurai, and Madurai is one of the top cities that one must visit.

Madurai is also known as ‘the sleepless city of India’ as more than 30% of people here are sleep deprived.  This is since there is always some activities that are going on all day and night. It is also known as “Thoonga Nagaram” which translates to  ‘The Ever awakened City’.

It is not due to any issues going on or not because this place has any problem to live in.

It is actually the people’s lifestyle in Madurai that they love to work, keeping the charisma of celebration all around every time due to the lively vibes of Meenakshi Amman Temple. 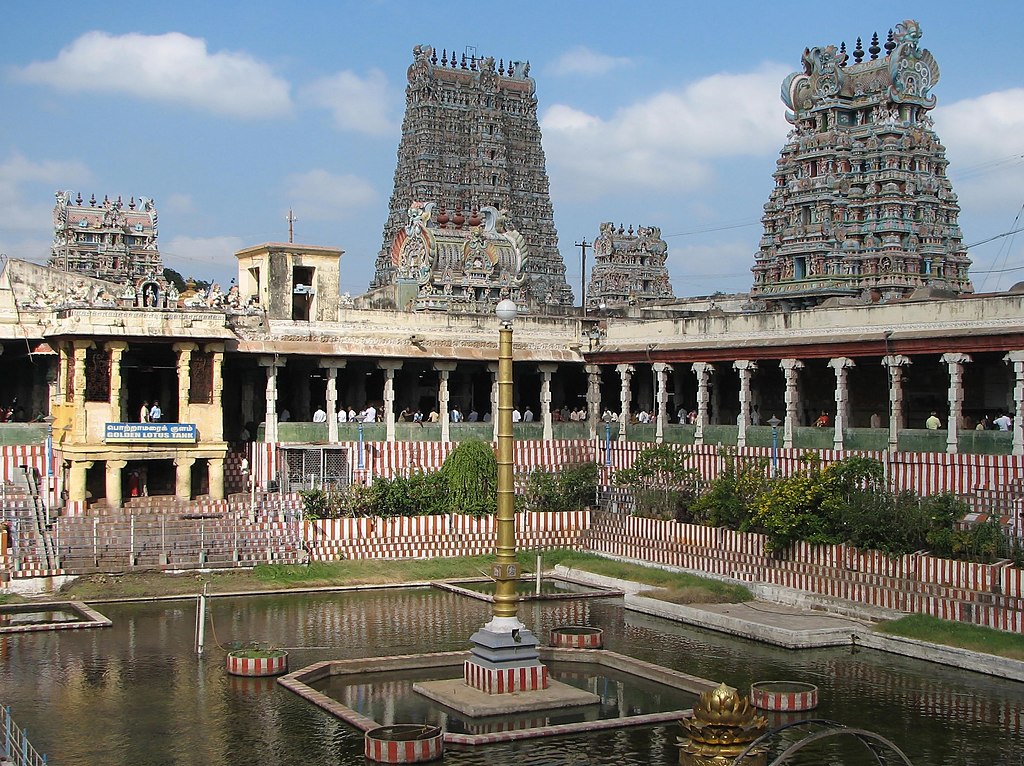 The Hindu news channel has reported that the city is famous by the name of ‘Thoonga Nagaram’, which means the city that never sleeps.

According to history, the reason behind Madurai being a sleepless city is not because of its people but because of the boon that Goddess Meenakshi will always keep an eye over the city to protect it.

Later, people followed this fact in their reality by keeping the vibes alive and being devotees to the Goddess.

The temple is dedicated to Deity Meenakshi, the consort of Lord Shiva, blessing the people of Madurai since the 6th century B.C.

The temple is located in the center of the city, and the modern architecture believes that the top view of its architecture shows that the place is designed in the form of Lotus having its petals open.

But, the ancient architecture sees the pattern of Madurai design in the form of a coiled serpent named Halasya, which forms the boundary of the city and its tail and mouth pointing towards the center of the city.

This colorful city is known for India’s best Jasmine producer named ‘Madurai Malli.’ The flower is famous for its powerful and highly seductive fragrance.

The flowers are a great business to the farmers from the month of February to November as it is used in many sectors from temples, tea, medicinal, fragrant perfumes to oil businesses.

The people of Madurai take good care of the environment, and this is proven by the fact that Madurai is the least polluted city of Tamil Nadu.

The city not only has an interesting history, but the city is also famous for its handicrafts and high-quality silk to shop around. You can stroll on roads 24 x 7 and one can find shops open and working.

The city is filled with the Dravidian form of architecture; one can also witness the pyramids of Indian style.

It is also believed that Lord Shiva has performed 64 miracles at this place known as Thiruvilaiyadaal, and all of them are painted on the walls of the temple.

One of the legends states that Madurai is one of the five dancing halls of Lord Shiva.

There are endless stories, factual truths, and scenic points in the city. You should visit Madurai to feel this vibrant divinity.