These states share their state boundaries In the eastern part of the country, i.e., Arunachal Pradesh, Nagaland, Manipur, Mizoram, Tripura, Assam, and Meghalaya.

This corridor houses some of the most exhilarating experiences throughout the region, whether flora and fauna, temperature variations, or its discrete culture. And have you ever wondered why it’s the “Sisters” and not “Brothers”? That is because females are given utmost importance and are worshipped in this part of the country.

You wouldn’t hear many cases of irrational conduct with women in this region compared to other parts of the nation because women are above all of them.

So, let us know more about this sisterhood.

Did you know that Arunachal Pradesh is called the “Land of Dawn-lit Mountains”? Sharing its border with Assam and Nagaland, this state is home to several different tribes like Adi, Apatani, Monpa, Nishi, etc., constituting 30 languages and more than 60% of its population.

The largest monastery in the country, Tawang Monastery, is also situated in this state. This state has its own culture with festivals like Mopin, Solung, and Loss and its dance forms like Popir, Aji Lama, and Cham. 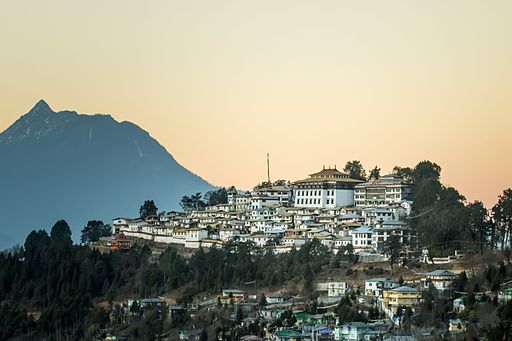 The state requires an Inner Line Permit to enter the territory of not 1 or 2 but 16 powerful tribes. Although every tribe has a different dialect, the official language here is English.

This mountainous land is also known for breeding the world’s hottest chilies that are hundredths of time hotter than tabasco sauce.

Also, people here are earnest and keen about preserving their culture and traditions. Surprisingly, Nagaland saw a decline in its population over the years by 0.5% (2001-2011), and it’s the only state in this rapidly growing country to witness this marvel.

The Jewelled Land of India, as it is said, is quite apt for the name because of the solidarity that this state puts in your heart and the soul-stirring feel you get while you are in this region. Mostly covered in the forest, this state has the rarest species of plant and animals and is primarily inhabited by Meeties people, the autochthonous.

Some highlighted places that are a must-visit for nature enthusiasts are Dzukou Valley, the Loktak Lake (India’s largest freshwater lake), and Keibul Lamjao National Park, the only floating national park in the world.

Known for its immaculate caves and hills, this state is second least populated and has the second-highest literacy rate after Kerala. Beauty and brains, isn’t it? This land of hilly people is culturally rich with its festivals like Mim Kut, Pawl Kut, Chapchar Kut, and dance forms like Khuallam, Chheih Lam, and Cheraw.

Aizawl (capital of Mizoram) is home to the world’s most prominent family headed by a guy named Pu Ziona with his 39 wives and 94 children. And did you know that in Mizo Culture, a boy would commodify the bride before marrying her, meaning he would have to pay the girl’s family a certain amount before they both come into the matrimonial alliance?

Tripura is 3rd smallest state in India, with its Capital being the second-largest city in the northeast after Guwahati. Mingling hills and plains make it up for good and attractive spots like Jampui hill, Khumlung Teliamura, Pilak, and tranquil villages with simple-minded people and religious beliefs. “Home of Bamboo” is also related to this state due to quality bamboo and bamboo products.

Apart from bamboos, this place is also known for its quality production of sweet pineapples, Jack fruit, litchis, oranges, and other good quality fruits.

The world-famous tea gardens that come to mind when you think of Northeast India are here. For nature fanatics, the world’s largest riverine island (Majuli) is situated on Brahmputra, the beauty of which can’t be described in words.

Assam is home to India’s One-Horned Rhinoceros and many other endangered Asiatic species. They also have their festivals, but Bihu being the main, is celebrated thrice every year.

Assam is also known for producing world-famous gold silk called “Muga.” This state is one of the most important and progressive regarding industrial and nature’s upliftment.

07. Meghalaya (Scotland of the East)

Most picturesque and dazzling of them all, this state offers mountains full of waterfalls, caves, and dense forests, which can blow you off instantly when combined with the clouds.

The land here is always drenched in water as this state records the highest rainfall in India. Asia’s cleanest village, Mawlynnong, is also a part of this state. Shillong is the capital and is influenced by British design. This state houses many endangered animals and birds.

Apart from that, it carries various medicinal herbs in its forests.

After the inclusion of Sikkim, the Northeast is said to have eight sisters but since it doesn’t share a border with the other 7, let’s say it’s a distant cousin.