South Indian fashion is quite distinctive in itself. South Indian women wear sarees while men mostly wear a lungi.

South Indian sarees are traditional assets for the country. They are different from the sarees worn in the rest of the country. 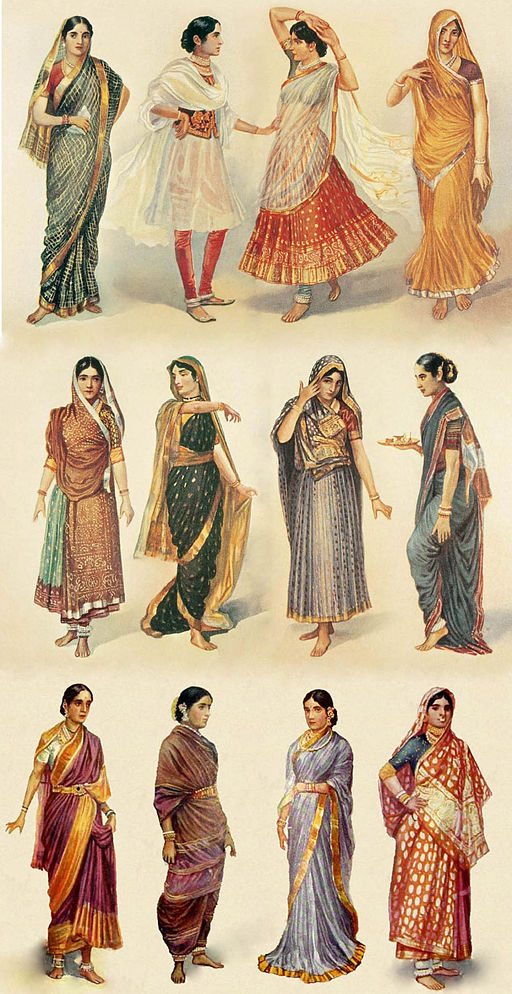 Balarampuram is a small village in the Trivandrum district of Kerala.

It is an exquisite, super fine, and soft cotton cloth with silver zari coated in golden thread work in its border.

The term ‘Kasavu’ is also used for these sarees. ‘Kasavu’ literally means the golden zari used for weaving the borders in the South Indian sarees.

The sarees have a smooth finish to them. They are very durable. They do not use any modern techniques of jacquard, dobby, or jal work.

The yarn of Balapuram is not found in any other places, even in South India.

Chettinad is a traditionally striking, beautiful fabric from Tamilnadu.

Chettinad is originally found in Tamil Nadu. Chettinad sarees are cotton sarees of extremely high quality. They are also known as kandaangi.

It is extremely lightweight and comfortable. There is a dramatic usage of colors, which gives the rich traditional saree a spontaneous and appealing look.

Gadwal is a handwoven traditional saree of Telangana from the Jogulamba Gadwal district.

Then Gadwal saree is notable for the zari on the sarees. It is woven to be so light that weavers claim that it can be backed up in a Matchbox.

Bhahmoutsav of the Tirupati temple begins with the idol of Gods being adorned with a Gadwal saree.

The Ilkal saree is from the state of Karnataka. It is woven in the Ilkal town of the Bagalkot district. It is woven with a cotton warp on the body and art silk for the pallu and border.

The geographical indication tag for the Ilkal saree is 76. It is believed that the saree weaving in Ilkal had started in the 8th century A.D.

Presently, about 20,000 people in the town are engaged in saree weaving. The body warp is joined with the pallu warp with the loops called the Tope Teni technique.

Kanchipuram borrows its name from the Kanchipuram village of Tamil Nadu. The sari is also known as Kanjeevaram. Kanjeevaram sarees can be thought of as Banarasi sarees of South India.

This saree is essentially made out of silk fabric and a golden zari. It is mostly worn on festive occasions and celebrations. South Indian brides often choose to wear a Kanjeevaram saree for their weddings.

It is believed that the Kanchi silk weavers were descendants of sage Markanda, who was considered to be the master weaver of gods themselves.

They had settled down in the Kanchipuram village of Tamil Nadu, from where the weaving had started. It is woven out of the purest form of mulberry silk, and the golden zari is made out of pure gold and comes from the state of Gujarat.

The saree is dipped in rice water and sun-dried before use to increase its stiffness. Kanjivaram sarees are one of the costliest sarees in the country. There are imitation copies that are more pocket-friendly.

This is produced with the help of pit looms from the combed yarn. The fabric is cotton. The Nizam design is done on the sarees, which makes the Mangalgiri saree different from others.

There are no designs on the body, and only a zari border is present. It is used for devotional purposes in the Lord Narashima temple.

Mysore silk is patented under KSCI, which is the Karnataka Silk Industries Corporation Limited.

Karnataka produces 9000 metric tons of mulberry silk per year. It is extremely famous for the production of mulberry silk. Mysore silk sarees are another most expensive saree in India.

These sarees are woven with zari, which contains pure silver and gold in a certain proportion. The production of Mysore silk dates back to the kingdom of Mysore.

Silk weaving was first initiated during the reign of Tipu Sultan in the kingdom.

Narayan Peth is a small town in Pune of Maharashtra. The Narayanpeth sarees have a distinctive style; the sarees are checked and pallu.

They have intricate ethnic designs on the pallu. The saree usually has a golden border. According to records, the great Chhatrapati Shivaji had come to the South Indian region from Narayanpeth. Hence the saree has both Maharashtrian and South Indian history associated with it.

Some weavers also had come from the Maratha Kingdom to settle down in the weaving villages in South India.

09. Pochampally from Andhra Pradesh and Telangana

Pochampally sarees are a traditional form of saree woven in the Bhoodan Pochampally of Telangana. Geometric patterns are dyed in a distinctive style. Pochampalli sarees are recognized by UNESCO.

The Pochampalli village is amongst the UNESCO tentative list of World Heritage Sites.

Men in South India dress as elegantly as women. Lungi is the most common bottom wear in South India. White lungi is worn on festivities and occasions.

The colorful ones are worn regularly. It is also the traditional dress for a groom in marriages. It is mostly made out of good quality cotton or sometimes even silk.

Angavastram is another important part of the South Indian men’s wardrobe. It is an unstitched draped cloth that is wrapped around the shoulders.

South Indian Fashion is unique and classy. South Indians dress up in their full dignity and grace. The South Indian fashion and its components are heritage assets to the country and need to be maintained and patronized.