Introduction to the Dance Forms of India

Lord Shiva’s NATARAJA (Lord of the Dance) figure is one of the most iconic symbols of India. Hinduism believes that Shiva’s cosmic dance encompasses the processes of creation, preservation, and destruction, and this belief has been ingrained in Hindu thinking and ritual from the beginning of civilization.

India is well-known for having a diverse and rich cultural history. The country’s identity is based on its ability to diversify. Indian dancing is one of our culture’s most cherished symbols, and it is one of its most important.

According to local legend, these dance styles have developed in various regions of India and have spread across the world. This page will provide a short overview of the different Indian dance styles, both classical and folk.

Classical dance and folk dance are the two most popular types of dance in India. The origin of the dance is the most significant distinction between classical and folk dance. Classical dance has a long and enduring connection with the Natya Shastra, which describes the unique characteristics of each of the Classical dance styles. Folk dance, on the other hand, has its origins in the local traditions of the particular state, ethnic group, or geographic area in which it originated.

India is a culturally varied country, with unique languages, cuisines, and dance traditions present in virtually every area. The country has a population of 1.2 billion people. In India, there are many different kinds of dance, all of which are magnificent. Classical, folkloric, and tribal forms are examples of this. India’s Bharatanatyam dance style, which is the world’s oldest and most famous classical dance form, was created during ancient times. International Dance Day is celebrated by taking a virtual tour of India’s world-renowned classical dance traditions, which you may see here.

The following are the nine fundamental technicalities that are portrayed in classical dance:

The following is a list of Indian classical dances:

Kuchipudi is an Indian dancing form with a long history. The art style is named for the place where the artist was born in Andhra Pradesh’s Krishna district.

Siddhendra Yogi created the Kuchipudi style of Yakshagaana in the 17th century. Siddhendra Yogi is believed to have had a dream in which Lord Krishna requested him to compose a dance-drama based on the legend of the Paarijaata flower being brought to Sathyabhaama, Krishna’s most adored queen.

Siddhendra Yogi wrote the Bhaamaakalaapam in response to this instruction. A dance drama with young boys from the hamlet was staged by the form’s originator.

Techniques like dancing on the rim of a brass plate and with a pitcher full of water on the head were introduced to demonstrate the dancers’ skill in footwork as well as their control and balance over their bodies.

Kuchipudi was firmly acknowledged as a distinct classical solo dancing form by the middle of the twentieth century.

The ‘Sattras’ created by Mahapurush Srimanta Sankardev in the 15th and 16th centuries gave birth to Sattriya Dance.

The Sattras were founded to spread Vaishnavism and eventually evolved into a religious, cultural, and social center for the people of Assam.

This dance style was created by the famous Vaishnavite Saint, and its fundamental origins are similar to those of other forms of Indian classical dance.

This dance style got its name from the word “Sattra” and was originally a component of the “Ankia Naats.”

This dance style was initially performed by male Bhokots in the Sattras and Namghars as part of religious ceremonies and to promote the Vaishnavism ideology, and it was restricted inside the four walls of the Sattras for many centuries. 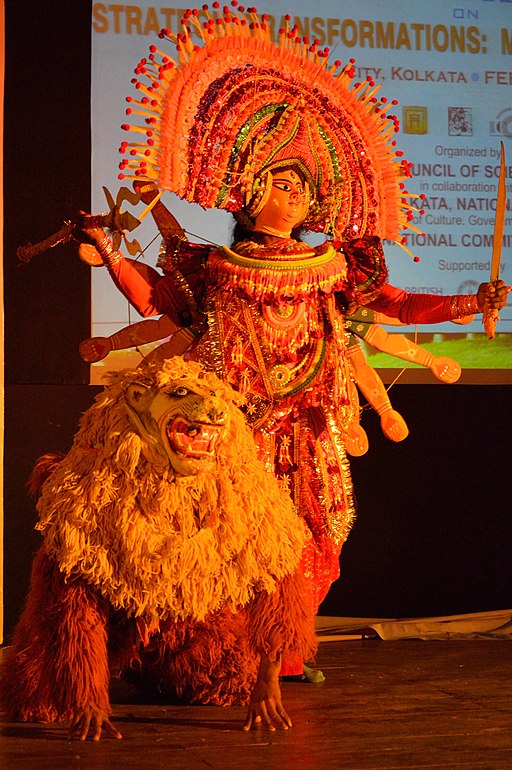 The royal lineage of Saraikela, an ancient state in Jharkhand, has preserved the chhau, a unique form of masked dance.

The performer takes on the persona of a god, an animal, a bird, a hunter, a rainbow, a night, or a flower.

He presents a short topic and a series of stories during the annual Chaitra Parva event in April. The term ‘Chaya’ refers to the Chhau Dance. Chaya translates as “shade.”

Mayurbhanj Chhau Dance does not include the usage of masks. Chhau Dance has been inscribed on UNESCO’s Representative List of Humanity’s Intangible Cultural Heritage.

There are three kinds of Chhau Dance:

Kerala is home to a variety of traditional dance and dance-dramas, the most famous of which is Kathakali.

Kathakali is an old art form that developed from a variety of social and religious theatre traditions that flourished in the southern region.

Kerala’s ceremonial performance arts, such as Chakiarkoothu, Koodiyattam, Krishnattam, and Ramanattam, have had a direct effect on Kathakali’s form and technique.

According to legend, the Raja of Kottarakkara was inspired to write the Ramanattam when the Zamorin of Calicut refused to send his Krishnattam troupe to Travancore.

Kathakali dance sequences may be found in Kerala temple sculptures and frescoes from the Mattancheri temple, which dates from the 16th century.

Lord Vishnu, according to a Puranic legend, disguised himself as a ‘Mohini’ to attract the Asuras both during the churning of the ocean and during the slaying of Bhasmasura.

Its roots may be traced back to Kerala’s temples.

The lasya style is feminine, delicate, and beautiful.

The toe glides and up and down movement emphasizes the delicate body movements, recalling the swaying of coconut, palm, and paddy fields.

Manipuri is an Indian classical dance style that has its origins in the state of Manipur in India’s northeastern corner, which is both picturesque and secluded.

Manipuri dance has its roots in the ancient past. Traditionally, the dance has been linked to religious rites and festivals, including stories about Shiva and Parvati as well as other deities dancing.

Manipur dance has a wide range of styles, although the Ras, the Sankirtana, and the Thang-Ta are the most popular.

The popular Manipur Rasleela dances date back to King Bhagyachandra’s reign in the 18th century.

According to legend, the King dreamed up this entire dance style, complete with a distinctive costume and original music, during a sleepless night.

Radha, Krishna, and the gopis are central characters in Manipuri Ras.

Odissi, an Indian classical dance style, originates in the eastern seaboard state of Odisha, where it is known as Odissi. As a sensual and emotive piece of dance, Odissi is a meditation on the holy and human, the magnificent and every day.

This dancing style has been documented as far back as the 2nd century B.C. in the Bhubaneshwar caves of Udayagiri and Khandagiri. The temple dancers, known as Mahari’s, have been the primary keepers of this dance for hundreds of years.

The dancer is decked out in ornate silver Odiya jewelry and a unique hairstyle. Each time they perform, even a contemporary Odissi dancer reinforces the devadasis’ or Mahari’s conviction in dancing as a means of liberation or moksha for themselves.

Odissi focuses and concentrates on spirituality and dedication since it has been passed down from teacher to student for thousands of years. 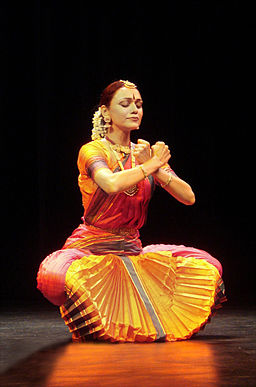 The term ‘Bharatanatyam’ is derived from three fundamental concepts: Bhava, Raga, and Thaala, which are all related to each other.

Originally performed in Hindu temples in Tamil Nadu, southern India, Bharatanatyam is an old classical dance style. The Indian dance system is the world’s oldest and most complete, with a history spanning over two millennia.

Dance has long been utilized in India as a vehicle for devotion as well as a way to communicate one’s deepest feelings and mental states. Indian dancing has a storied past whose roots are obscured by time.

The world’s oldest known example of dance is a bronze figure of a dancing female found in the Mohenjodaro ruins, which date back to 400 BCE. Temple dancers, known as devadasis, were popular in early medieval India.

These dancers belonged to a group of ladies who were devoted to a religious institution. They weren’t legally married, but they were sworn in the temple to God as husband and wife.

‘Kathak’ comes from the term ‘Kata,’ which means story/tale in Sanskrit. Kathakars, also known as storytellers, are those who tell tales that are heavily influenced by epics, myths, and legends.

The recitation became more powerful via the use of mime and gestures, which may have originated as an oral tradition.

Kathak as we know it now has its roots in this basic style of expressional dance that evolved through time.

Traditional Hindustani music and dance are intertwined in this style of north Indian dance, which features agile feet and a table called pakhawaj.

Kathak emphasizes feet rather than Bharatanatyam’s hasta mudras or hand motions. There are no hip movements in these dances; instead, the dancers rely on their ankle bells (ghungaroos) to keep time with their steps.

In terms of clothing and ideas, these dances frequently resemble miniature paintings from the Mughal period.

Folk dances in India are a reflection of the culture and history of the community from whom they originated.

Births, festivals, weddings, and other types of community festivities are often marked by the performance of folk dances. In India, there are many distinct kinds of folk dances are there.

The following is a list of Indian folk dances: